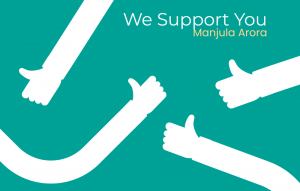 The GMC has now overturned its decision to suspend Dr Manjula Arora for ‘misconduct’ following a campaign by DAUK and the British Association of Physicians of Indian Origin (BAPIO). It has now said the dishonesty test was ‘incorrectly applied’.

Dr Arora was suspended for lying about a work laptop – despite over 30 years’ exemplary service – while working for a locum agency, Mastercall.

The decision to overturn Dr Arora’s suspension was reported in the Independent, Pulse, GP and the BMJ. The RCGP has now said that her case should never have gotten as far as the GMC – which we have been saying all along. It would certainly have saved the estimated £40,000 bringing the case is thought to have cost, according to Pulse. Money well spent…?

“The Doctors’ Association is naturally delighted that the finding of dishonesty in the case of Dr Arora was found to be wrong. Dr Arora has been put through an extraordinary ordeal which she did not deserve. We are extremely concerned that the case was ever brought to a Fitness to Practice hearing in the first place. The review organised by the General Medical Council must continue and there should concurrently be an external root and branch reform of their processes because this case should never have happened. There should also be full investigation and disclosure of any systems failures which were associated with this case by the provider, Mastercall. Their processes of local investigation should also be opened to complete scrutiny.”

Stop Charging NHS Staff to Park in a Hospital!