Doctors’ Association UK are pleased as a medical organisation to finally see the report and recommendations of the review into the handling of the case of Dr Manjula Arora by the General Medical Council.  DAUK was first to call out the very harsh treatment of Dr Arora, who was suspended from practice for a month after she requested a laptop in order to perform her job while employed by Mastercall. They subsequently referred her to the GMC for ‘dishonesty’ and took her case to a tribunal.

The GMC now admit that they applied the wrong legal test which is what we always suspected. This case should never have been referred by Mastercall in the first place and the GMC should have insisted on local resolution. The impact of a GMC investigation and any subsequent hearing on a doctors’ mental and physical wellbeing is immense. We note that over 29 doctors have died in total while undergoing a GMC investigation, 5 committed suicide between 2018 and 2020.

“We were concerned that local resolution of this matter seems not to have occurred in a fair and transparent manner. We still have questions about the role of Mastercall, and over why the provision of a work laptop, which is an essential piece of equipment, was not resolved locally. This is especially concerning because Dr Arora is an overseas-trained doctor from India, and we know that the proportion of IMG (international medical graduate) doctors referred to the GMC and consequently sanctioned or punished in other ways exceeds that found in the general population of doctors in the UK. This case, in conjunction with several previous concerning cases, raises again the spectre of disproportionately unfair treatment of the Black, Asian and Minority Ethnic medical population. This cannot be tolerated.”

“The GMC has rightly now apologised to Dr Arora for its actions as a result of the review performed by Professor Iqbal Singh and Mr Martin Forde KC. We at DAUK always believed this case should have been locally resolved and never referred, leading us to conclude that the screening processes at the GMC manifestly failed. We hope that as a result of this review modern regulation will become more compassionate, fair and supportive.”

“We already know that more BME doctors are referred by their employers to the GMC and we are very concerned about the severe damage this process causes. This travesty should never happen again as cases such as this are leading to an irreparable loss of confidence in the GMC. The impact upon Dr Arora has been immense and the effect on medical morale in this country, significant.” 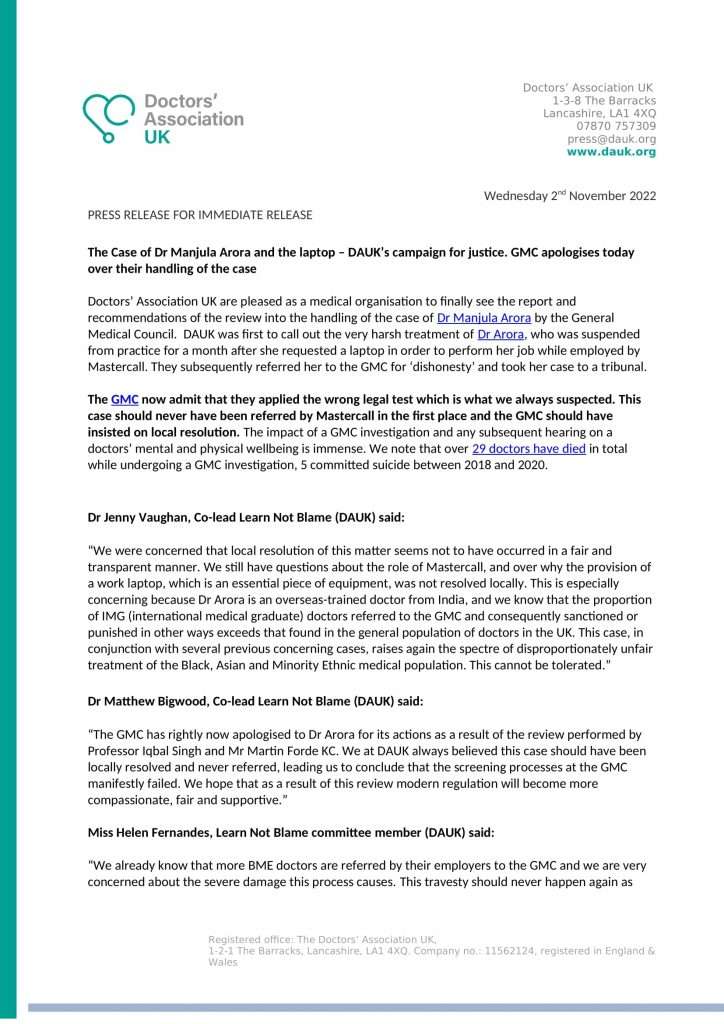 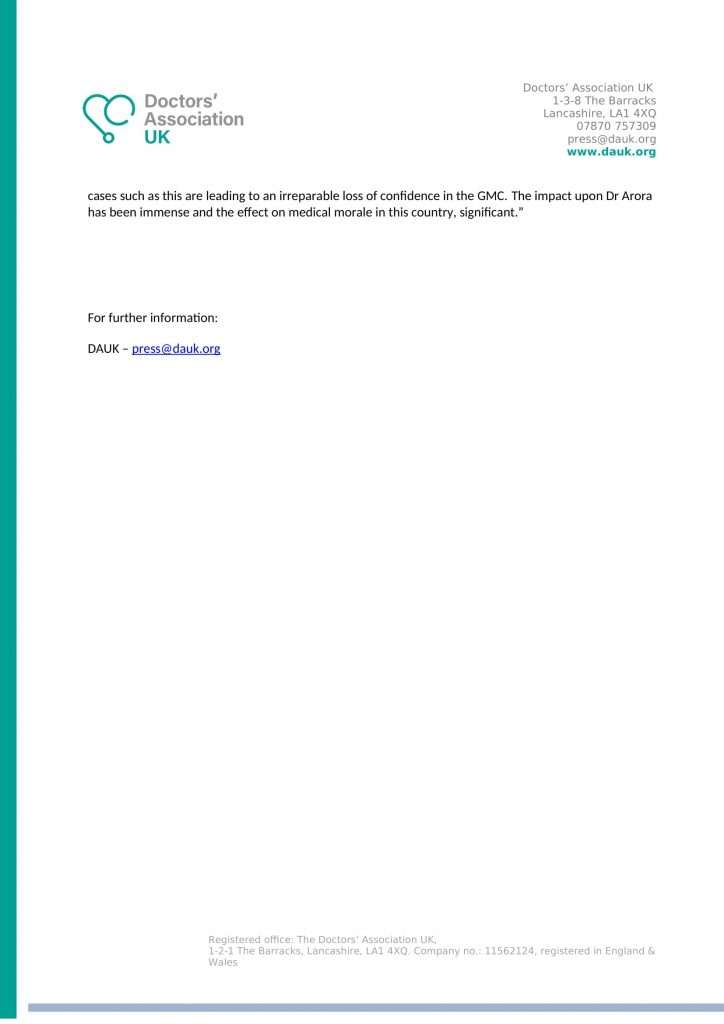 DAUK on BBC Panorama: The Virus vs The Vaccine

Exploitation of Overseas Doctors in the UK: DAUK’s Dr Jenny Vaughan talks to the BBC